Is Fivem Going To Come On Android Devices? 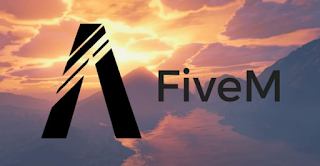 FiveM is a multiplayer modification framework for GTA V, allowing you to play on customized dedicated servers. It is a parallel Grand Theft Auto Online Experience Mainly Used For Roleplays.

Is Really The FiveM App Coming To Android?

According to FiveM Announcement and tweets FiveM is on development on Portable Edition of FiveM Experience Platform.
FiveM Quoted That :

Starting somewhere around H2 2021 (tentatively), we’ll be launching the FiveM Undocked platform for Android-based smartphones and other handsets using ARMv8 or ARMv9 CPU architecture and Qualcomm(R) Adreno™ graphics processing units, with others to follow depending on technical capability.

But it is reasonably unbelievable and the funny fact about that is announced on April 1st ( April Fools Day).

Is that a cell phone in your pocket, or are you just planning to roleplay? 🚀

What is the Fact?

According to my research it was just an April fool Joke and Many of the FiveM fans believe it since now. If it is true it would be a Big Breakthrough of gaming industry to run the high end Grand Theft Auto on ARM based processors.
Even in windows PC it is barely running on 8GB Ram and I don't know how the people still believe it.